UCC to Support Ukraine in 2017 Invictus Games in Toronto 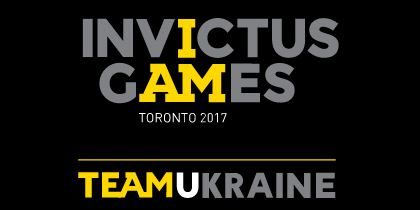 The Invictus Games are an international sports competition in which wounded, ill and injured military personnel and veterans take part. Founded by Prince Harry, the inaugural Invictus Games took place in London in 2014, with more than 450 competitors from 13 nations. “The Invictus Games demonstrate soldiers’ and veterans’ indefatigable drive to overcome and the power of sport on their journey to recovery.” More information on the Invictus Games is available at http://www.invictusgames2017.com/

Totaling 260,000 personnel, the Ukrainian army is now among the largest forces in Europe, with several thousand soldiers on active duty in the anti-terrorist operation zone in the East of Ukraine. Since 1992, Ukrainian forces have been actively engaged in multiple exercises and peacekeeping missions under UN and NATO command across Balkans, the Middle East, and Africa. Ukrainian naval units also participated in anti-piracy operations off the coast of Somalia.  Today Ukraine is defending itself from an active invasion and daily conflict by Russia and over the past two and a half years has suffered almost 10,000 deaths and over 20,000 wounded by this war.

The Ukrainian Canadian community, through the UCC Invictus Games Organizing Committee (IGOC) chaired by Renata Roman, is supporting the participation of Ukraine’s soldier-athletes in the Games.

The Ukrainian Team will consist of 15 soldier-athletes who will compete against 500 other competitors from 17 countries. They will compete in 6 of the 12 sports including:

The athletic venues will be across the city at universities and large sporting venues. A team of 60 Ukrainians will arrive in Toronto, which will include 15 competitors, 30 support family members,  team organizers and various government officials from Ukraine.

A blue or yellow t-shirts with the logo Victorious Ukraine is available for sale. These shirts, sold at $20 will be on sale at local Ukrainian events and festivals during the summer. Funds will go to support the soldiers and the work of UCC on behalf of the soldiers.
We encourage you to follow Team Ukraine on Facebook to keep updated on the latest news and information at https://www.facebook.com/InvictusGamesTeamUkraine/ 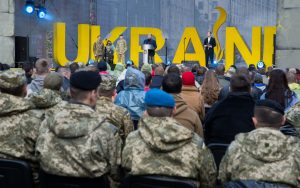 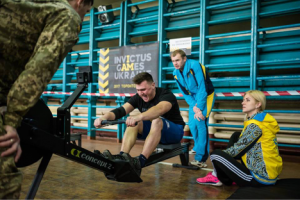 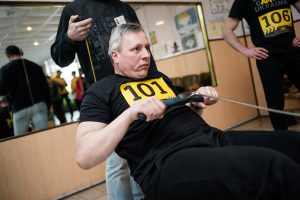 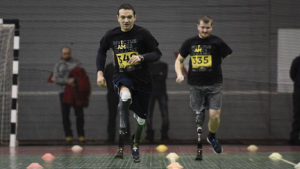