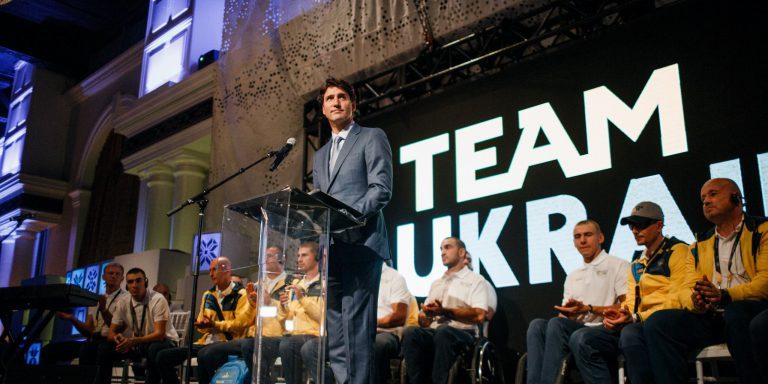 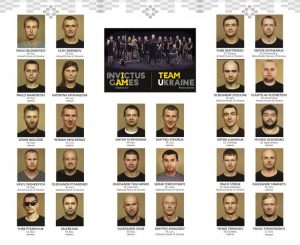 Ukraine is participating for the first time in the Invictus Games, an international sports event for wounded, injured and ill veterans and soldiers. The Games are being held in Toronto, September 23-30. Ukraine’s team of 15 (first team) and 13 (reserve) warrior-athletes are participating in six events: athletics; power-lifting; swimming; archery; cycling and indoor rowing. 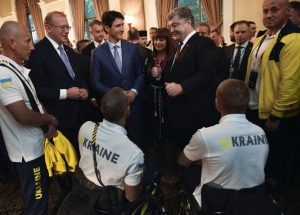 Paying tribute to soldiers who have sacrificed serving their country, Prime Minister Trudeau stated, “They travel to some of the most dangerous places on earth to fight for the values and principles we hold sacred. To fight for peace, democracy, equality, justice and liberty. These are the very principles Canadian and Ukrainian soldiers are defending in eastern Ukraine. We cannot forget the debt of gratitude we owe to the women and men who have served their country with courage, and to their families.”

“We honor these extraordinary athletes who proved that they are ‘captains of their fate, captains of their souls’, stated President Poroshenko. “They intervened in the moment of greatest need. They fought for their land and freedom. They overcame the pain and proved that the spirit always wins. They inspire all Ukrainians. They are already winners. Looking at them, I am convinced that Ukraine will also win its struggle for independence.” 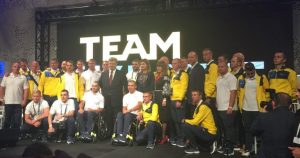 Ukraine’s Invictus Team attended the Gala and presented Prime Minister Trudeau and President Poroshenko with Team Ukraine jerseys. “During the training, we became not only a team, but close friends, almost a family, who help each other not only in sport, but in life,” stated Invictus Team Ukraine Captain Oleksandr Pysarenko. “These Invictus Games are the first for Ukraine, and I believe that at these Games we will show our strength of will and spirit and in this way honour our brothers and sisters in arms in Ukraine.”

The guests were treated to a performance and art installation by Balaklava Blues, which combined traditional Ukrainian folk songs and symbols with modern rhythms and imagery in an homage to Ukraine’s Invictus warrior-athletes.

“The Ukrainian Canadian community was privileged to have the opportunity to honour Ukraine’s Invictus Team,” stated Paul Grod, National President of the UCC, who was Master of Ceremonies at the Gala together with UCC Vice President Alexandra Chyczij. “The team’s courage and determination is an embodiment of the resilience and bravery of the men and women who serve today on the frontlines defending Ukraine’s freedom from Russian aggression. They are an inspiration to us all.”

We express our heartfelt appreciation to the UCC Invictus Games Organizing Committee, the many volunteers and sponsors whose hard work and generosity made the Gala a resounding success. 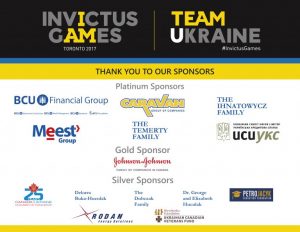 Proceeds from the Gala will be directed through the UCC Ukraine Wounded Warriors Fund for the assistance of wounded soldiers in Ukraine, through the Canada-Ukraine Foundation (CUF). The UCC expresses its sincere gratitude to the Gala sponsors and participants, whose generosity has enabled us to create this Fund. For more information on how to donate to the Fund, please contact the UCC National Office at 613-232-8822.