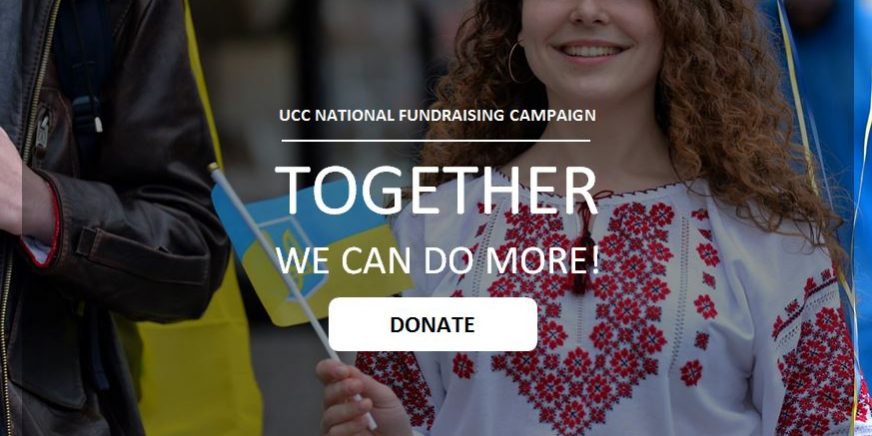 During the next month, volunteers of UCC branches and provincial councils across Canada will be contacting individuals and organizations to seek their financial support to fund local UCC priority programs and projects as well as national educational and charitable campaigns.

In the past year the UCC had many successful programs and projects take place across Canada, including our Celebrating Canada’s Diversity – Youth Engaging Youth project in honour of Canada’s 150th birthday, during which we held more than 50 events across the country.

We continued our work on Project Link, a Canada-wide project to engage our community in a more formal fashion with their local Member of Parliament so that we have an active information network across the country. This network ensures that our federal elected representatives are kept up to date on issues of concern to our community.

For the first time, Ukraine participated in the Invictus Games. Held in Toronto this year, the UCC supported the participation of Team Ukraine in the Games and we were honoured to host Prime Minister Trudeau and President Poroshenko at our Gala honouring Ukraine’s Invictus Team.

These are just a few of the projects in which our community was engaged last year. For more information please see UCC Highlights in English and Ukrainian. There are many local initiatives to build engagement in the Ukrainian Canadian arts community, increasing awareness of Canada’s First National Internment operations, and education about the lasting impacts of the Holodomor Famine Genocide.

In the year ahead UCC will be working on a number of priorities including providing services to our community, concentrating particularly on new immigrants and smaller Ukrainian Canadian centres.

Finally, we want to ensure that the Holodomor is included in curricula across Canada and support completion of a Memorial to the Victims of Communism in our Nation’s Capital.

Donations can be made in three ways:

Proceeds from the UCC National Campaign will be shared 50/50 between UCC National and the designated local branches or Provincial Council.