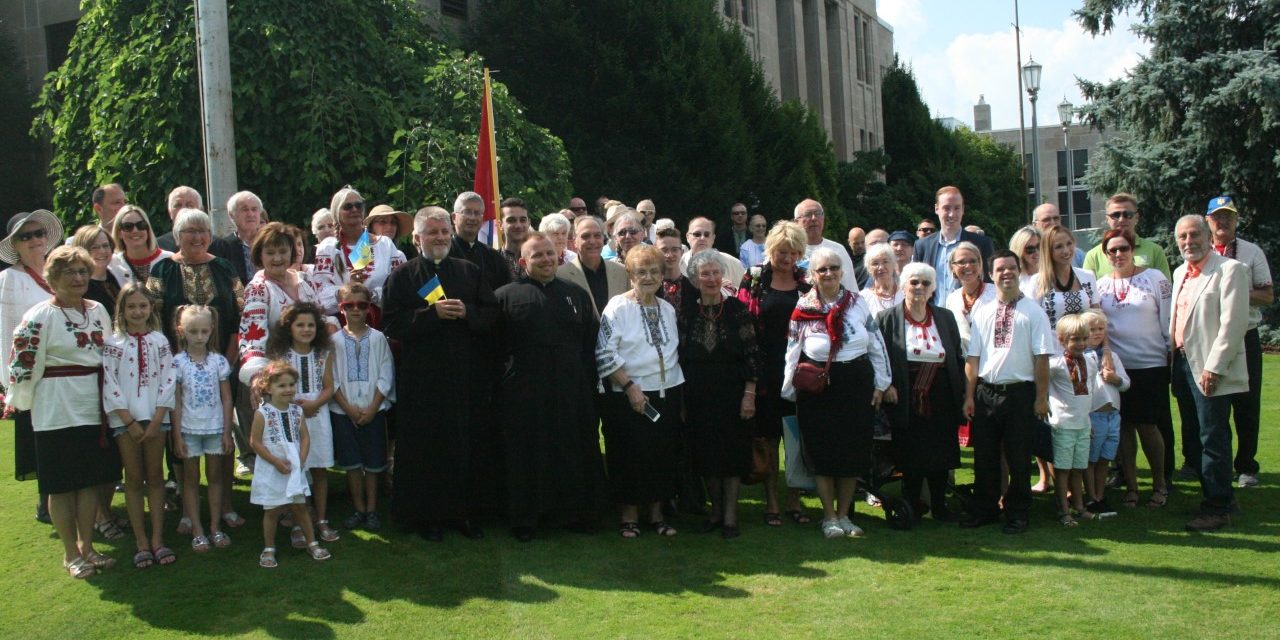 On August 24 we had a gathering in front of St. Catharines City Hall to raise the Ukrainian flag in honour of the 27th anniversary of Ukraine’s independence, and to celebrate 127 years of Ukrainian settlement in Canada. Mayor Walter Sendzik and his city councillors welcomed everyone and spoke about his Ukrainian heritage and the contribution Ukrainians have made in Canada. As President of our UCC branch I gave a speech as well. We ended with the Ukrainian and Canadian national anthems.
Then I invited everyone to go across the street to the Public Library to see the lovely display of our Ukrainian culture, put up by our branch. Afterward people were invited to go for refreshments to the Ukrainian Seniors Home, sponsored by the Ukrainian Canadian Social Services.
Photos are attached.
Irene (Iryna) Newton, President
UCC Niagara Branch 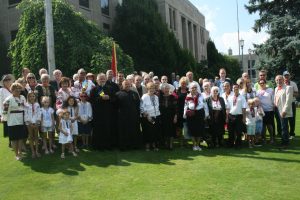 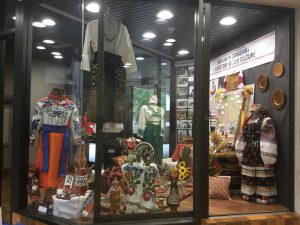 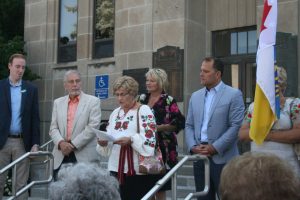 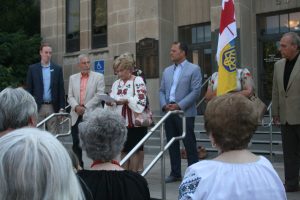 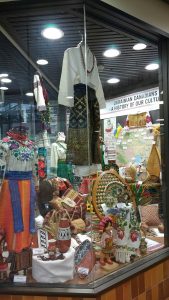